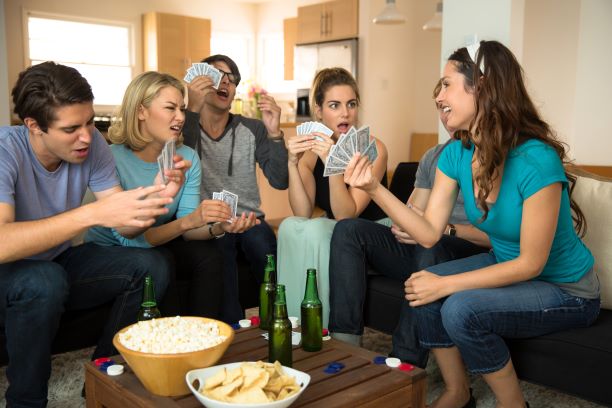 Gambling movies have intrinsic suspense because they’re about risk.

It is more exhilarating to see film characters bringing their well-being into desperation and futile expectation just like gamblers do in the real world.

So, with the entire world being on quarantine from Coronavirus, we check on some of the best gambling related movies showing on Netflix and Amazon Prime.

Rounders is practically the Citizen Kane for the addicts of gambling but it is perfectly good for everyone else. It does a great job portraying the machismo, dope-like masculinity of being a pro poker player.

Matt Damon finally grew from such roles, but a cast like this can’t help but fill it with people who are making a largely fictional world but feel authentic.

“Mississippi Grind” is a poker movie that’s still underrated. You will enjoy this one if you’ve ever broken down or struggled to keep as a poker player.

Half Nelson’s filmmakers Anna Boden and Ryan Fleck created this fondly vintage film about a couple of seasoned gamblers who headed south to a New Orleans poker game with potentially huge payoffs.

It may be one of the best performances of Ryan Reynolds: he is excellent as the backslapping Curtis who makes friends with Gerry (Ben Mendelsohn).

Addiction, despair, and remorse are the stereotypical symbol of Mississippi Grind, which does not attempt to express its debts to the Hollywood of 1970. However, the film reference does not stop the content from being sad and gloomy.

21 translates a narrative of mathematics and business into a goofy movie featuring many young and beautiful actors.

Based on the true story of MIT’s Blackjack Team that beat the house for almost a decade. The science behind smart gambling is also shown.

Each time we see the social media meme ‘This is how I win,’ we can’t help but think the tragic moment of Uncut Gems. For all the much-needed debate about the unbelievably thrilling thriller by Josh and Benny Safdie, it’s exactly why it’s so intense.

Howard played brilliantly by Adam Sandler, is a helpless gambler who can not stop until he destroys himself.

It is in Howard’s talent that Uncut Gems beautifully takes us into his misery, making us believe, just for a moment, that he might pull this insane escapade he has made.

Paul Thomas Anderson’s debut movie, a continuation of a short film he made called Coffee and Cigarettes.

It’s a fascinating performance. A presentation of a miserable, lonely individual who has managed to live in the world of Las Vegas through being quiet and unassuming, until he encounters people who may need his help.

This is less visible than what you would expect from the first film of Anderson, but quite moving. The film does seem to understand Las Vegas and the people that you never notice when you are in there.