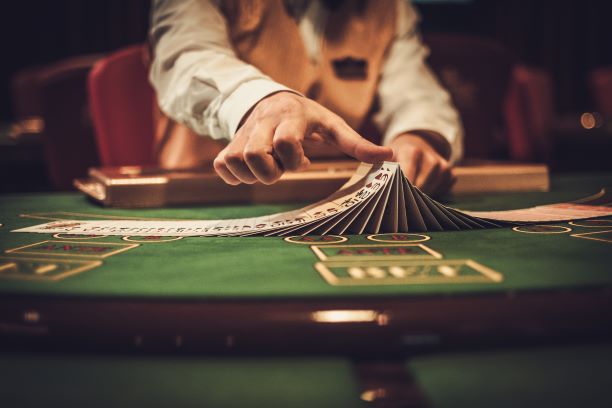 Caribbean Stud Poker is indeed a captivating casino game that is based on a traditional poker game.

Ever since its launch into the casino world, the success of the game has been partly driven for its simple steps, reasonable odds, and lucrative payouts.

You’re up against the house in this game instead of other players. So basically, there is no bluffing included.

By far the most interesting feature of this game is the simple truth that players could choose to put a progressive side bet if they want to win a large amount of cash!

Essentially, the objective of the Caribbean Stud Poker game is to defeat the house by gaining a hand that is stronger than that of the dealer.

The reality that somehow the player is only playing against the house made the game a good choice for a player who may want to relax from the classic form, and also from other different versions of poker such as Hold’em, Stud and Omaha.

How to Play Caribbean Stud Poker

Caribbean Stud Poker is played via a 52-card deck, which would be randomly assigned using an electronically controlled shuffling machine.
Every player has a spot on the table in which they can lodge an ante and a spot for the bet.

To start a game, you have to put a bet, your ante bet, before you see the cards.
When the ante bet is placed, you’ll get five cards, all facing down.

Range the ante bet appropriately! When the cards get on the table, you’re going to have to 2x the ante to keep on playing. So, you must not bet far too much!
Five cards are dealt with the dealer, but one of the dealer’s cards is facing up and therefore visible to all the poker players at the table.

So you need to decide whether you have to fold, exit the hand and concede your ante bet, or to call, for you to double your ante bet and proceed.
The second pick, the Call, means you assume that your hand will defeat the dealer or that your dealer is unqualified.

The dealer unveils their cards and organizes them into the highest poker hand after each player has folded or placed a bet.
When the dealer wants to qualify, his poker hand has to be Ace-King or better; the dealer would not qualify if the hand is lower than that.

The dealer’s hand does not qualify

So if the dealer is not able to qualify, all the players who have remained win. But there’s quite a catch, they only collect the ante bet.
The other bet will be given back, but not paid off. This may be Caribbean Stud Poker’s most annoying aspect.

You can get paid even when the dealer will not qualify, and that’s the progressive jackpot.
Progressive jackpot bet is Caribbean Stud Poker’s third bet. Typically it takes $1 to participate, but the player has the chance to win an estimated jackpot of over $100,000. You will win any or all of the jackpot if your hand is a flush or better.