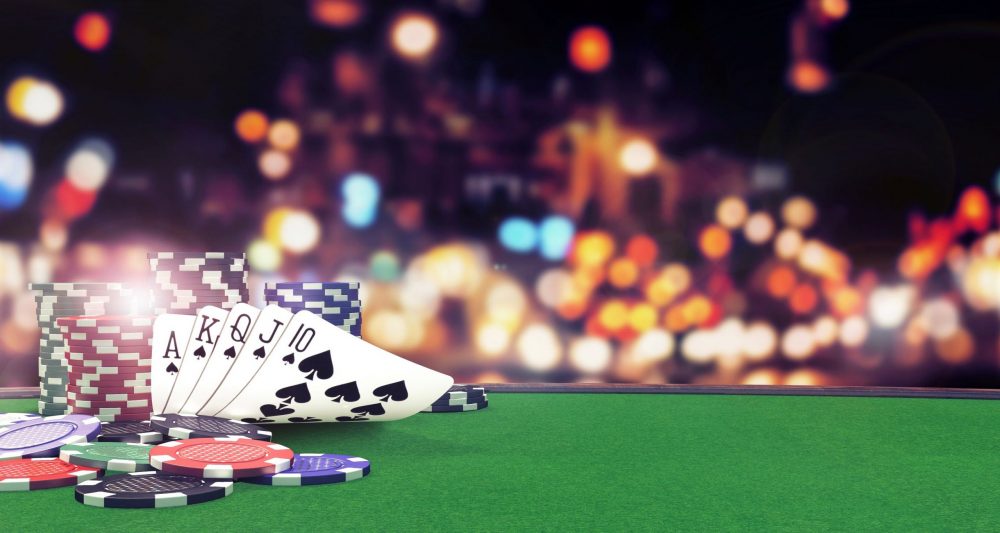 Since the outbreak of the Coronavirus, the poker world has been shaken, with hundreds of events canceled because of the pandemic. Most casinos across the globe have shut down to reduce the chance that the lethal virus could spread.

Even so, during this period the online gambling world has become more popular with many people opting to play online games when much of the world is on lockdown.
Yet what else has happened across the world?

Poker Central hasn’t just taken up the mantle, they’ve even made it so that fans can view the all-new footage for free for a month. In two new shows, Poker Central is bringing back some very fond memories, with The Championship Run featuring highlights of iconic poker victories throughout the years.

The first episode isn’t just a classic moment in poker history, it’s credited with being responsible for the poker boom – the Moneymaker Effect. The second of the two new shows is called ‘Run It Back With Remko’, which is presented by Remko Rinkema and features an interview with a major poker star where they’ll look back on some classic poker footage, providing their commentary.

This is golden stuff, with the first episode featuring Danie Negreanu commentating on some archive footage of players such as himself with a full head of hair and Phil Hellmuth.

A time when we are all seeking entertainment from the safety of our homes, these two series celebrate some of the most compelling moments in the game’s history coupled with present-day poker insight and analysis.

While the first episode alone of these new series shouldn’t be used to judge the overall output, early signs are two more fantastic shows have been given to the poker-watching public, and with fans able to cash in a free month’s trial of PokerGO access by using the code WATCHPARTY when they check out the action, they’d be mad not to want to watch every episode of these fun new programs.

The Poker Sports League has canceled its live qualifiers due to the coronavirus pandemic, but the show will go on for India’s premier poker league thanks to online play.

Those live qualifiers would have supplemented the 72 online qualifying tournaments. As in previous seasons, teams will include a mentor, professional players, and seven amateur players who will earn spots in the league draft through the qualification events. Teams will select their rosters on April 30 in New Delhi, though coronavirus concerns could conceivably change those plans.

In May, teams will have the opportunity of evaluating their talent and develop skills during a leaguewide boot camp. The PSL Grand Finale takes place from May 19-23 in Kolkata.

There, the top four teams will split a prize pool of at least Rs 4 crores.

The PSL now exclusively invites Indian poker players, a change from the first season of the league.

Organizers have also used the PSL to demonstrate that poker is a game of skill, in the hopes of helping the game earn more acceptance from both the Indian government and the public at large.

The marquee event of the 2020 WSOP. Com Super Circuit Series is now in the books. Douglas defeated a stacked final table on his road to the title, including overcoming the 2017 WSOP main event champion Scott Blumstein’s heads-up to secure the title. Blumstein earned $68,890 as the runner-up finisher.

Two-time World Poker Tour champion Brian Altman took home $34,020 as the fourth-place finisher, after having previously won event 3 of this series for $32,781.

2016 WSOP main event runner-up finisher Gordon Vayo placed fifth for $28,350. It was his fourth cash of the series. David Williams earned $22,680 as the sixth-place finisher.

The 2004 WSOP main event runner-up participated in quite the first hand after buying into this event. Other notables to make deep runs in this event included Eric Baldwin, Ryan Leng, Katie Lindsay, Nipun Jaca, and Ari Engel.

Before the main event, a trio of tournaments wrapped up over the weekend. With 16 of the 18 gold-ring events of this series now in the books, the $1,240,000 in series-long guarantees has now been surpassed by more than $2.2 million, with $3,480,795 in total prize money awarded.

Chris Konvalinka lost his livelihood this month, just like thousands of workers across the Las Vegas Valley.

He doesn’t work for a casino, but he works in casinos. Konvalinka is a 21-year-old professional poker player, and he’s dealing with the shutdown from the coronavirus pandemic the best way he can.

“I’ve just been drinking and playing a lot of video games,” he said with a laugh. “… Probably just going to try to hibernate for a while”.

Konvalinka and his fellow professional “grinders” have made peace with riding out the ups and downs that come with gambling for a living. “It’s a really interesting, tough time. Scary in a way. Some people are in a tough spot”.

Blakeman and the other players interviewed for this story make their living in No-limit Hold’em cash games on the Strip. One solution during the shutdown would be to play online, but the transition isn’t that easy, they said.

Fewer recreational players play online poker compared to live casino games, even with a recent boost after the shutdown. Blakeman said the skill level required to win in a $2-$5 live game with a $1,000 buy-in might only be good enough to beat a $0.50-$1 online game with a $100 buy-in.

Konvalinka said he plays six tables of $0.50-$1 online simultaneously that in the aggregate amount to a “small” $2-$5 casino game.

Neeme has started live-streaming his online poker sessions and has created YouTube videos out of the highlights. However, he also said he wants to use the shutdown as a chance to “take a breath” after years of steady content creation.

Neeme said that if poker players have been responsible in their profession, they should have cash reserves and be in a much better place than the general public to weather the shutdown. All the poker pros shared concerns about the future.

“It’s really hard to predict,” Neeme said. “It all depends on what the guidelines are. If they say the risk is pretty far down, then I think people will get right back in there. … But poker games could take a hit and take a while to revitalize”.

The tournament enjoys by far its largest turnout since switching to a $109 buy-in some 15 months ago.

Returning to the now-regular buy-in of $109 and its usual $1 million guarantees, the Sunday Million last night gathered a remarkable 16,631 unique players and 6503 re-entries to smash its seven-figure guarantee by well over a million.

This also makes it the largest Sunday Million since PokerStars halved its buy-in to $109 from the long-running $215 in January last year.

Announced last week, the operator has reduced rake across all guaranteed tournaments from 10% to 8%. Players can play up to one a day, with no strings attached.

The rake reduction comes just as the operator has revealed that its next huge Good Game Series will kick off this Sunday. The operator says it is guaranteeing a total of $50 million across the schedule, a staggering amount for an operator of its size.