Inside Poker Business
Home How to Play Seven Card Stud Poker, How To Play? 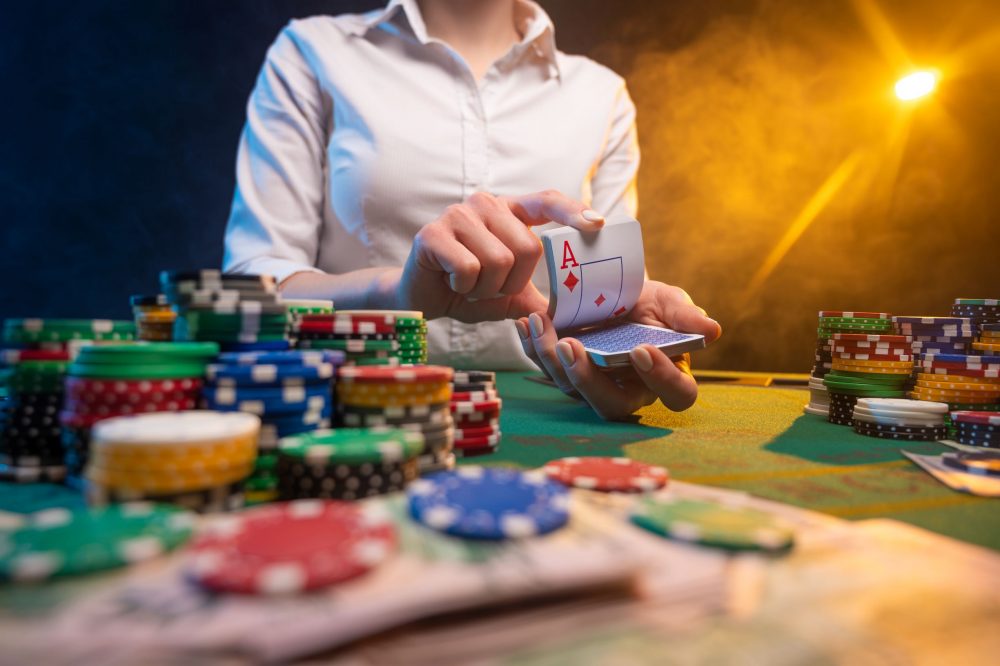 The seven-card stud was one of the most common variants of poker in the United States before the surge of Texas hold’em poker a few years ago. Many of you might recall playing Seven-card stud at a younger age.

The game usually has 2 to 8 players, but the main difference between seven-card stud and Texas Hold’em is that it does not require a flop and no community cards.

Every player’s objective is to win the pot, which includes all the bets the players have made in a deal.

A player bets with the hope that they do have the best pot. The top five-card combination is the best hand in several poker games.

Every player gets 2 cards face down and 1 card face up handed one by one.

Seven-card stud is usually played as limit so anyone who has played Limit Hold em before is slightly ahead of the game.

The only purpose of the button is to decide who is dealt with the first card, and then the player to the left of the dealer in the clockwise direction.

No blinds in this game, but instead, an “ante” has to be charged to all the players to start the game. The ante is less than the minimum bet, generally 10 to 20 percent.

Any player who wants to get a hand will put the $1 ante and make a pot worth playing for. So each player receives the first three cards until a player can be decided whether he has to post the bring-in.

The player with the lower ranking door card will have to make a minimum contribution of five dollars, but that player has the option to complete the bet by posting ten dollars instead.

The bet proceeds round the table in a clockwise direction where every player can call, raise or even fold.

When the first player who has only posted the bring-in, other players may be able to complete a $10 bet with the first raise. Any player left in the hand is given a 4th card, known as fourth street after the betting has been completed.

The first player to play from fourth street on seven-card stud is the one with the highest hand.

Seven-card stud is always being played as a limit game. With a $10/$20 seven-card stud, you will have fewer betting limits. The limits increase to $20 on fifth, sixth and seventh streets.

Like Texas hold ’em, this game has a huge advantage, so you use it even if you don’t feel that you have the best hand. For any limit game, bluffing is difficult, but it can be done in stud.

Often you would like to slow down. You want the full number of chips in the pot, after all. The easiest way to slow down is to hide your hand. Let’s say you got a house in its fullest.

Although most seven-card games are on limit, you can still win and lose lots of money per hand. Play just within the limit and play cleverly.

Don’t call up raises just to see ‘another card.’ You must be cautious, competitive and you must use your leverage to your benefit.

You will know what has been lacking once you play Seven-card stud.