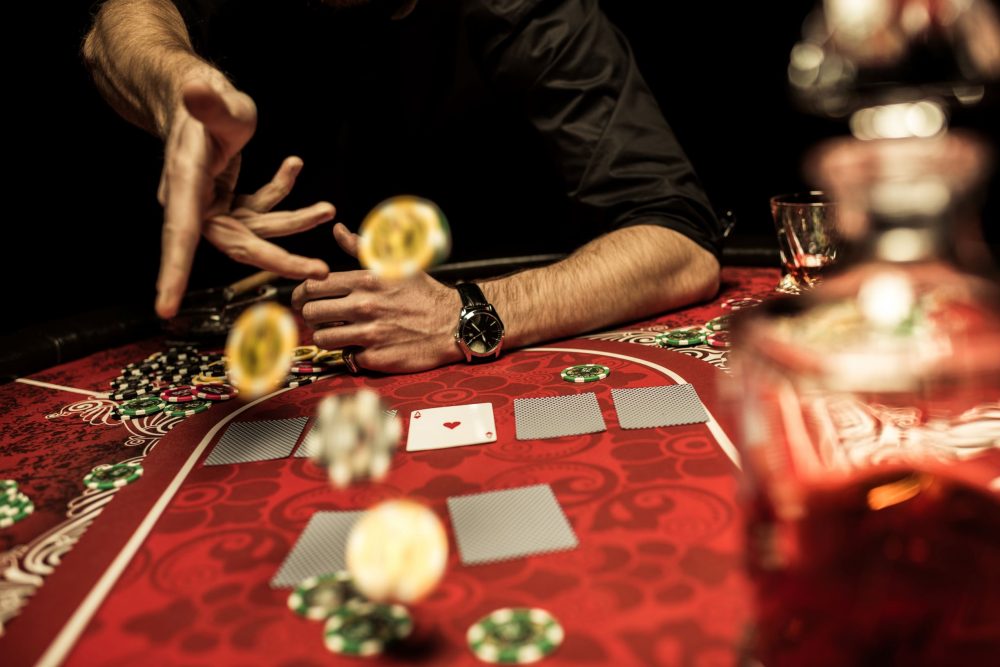 Seven Card Stud is one of the world’s most popular poker games and a highly competitive game that involves different abilities, management skills, and endurance.

Stud continues to be prominent in many land-based casinos and all online poker sites.

Mastery on this game requires being able to read opponents correctly, and good at analyzing the hand.

The reality is when you can play Seven-card stud effectively, you have the capabilities to be a professional poker player.

Below are some tips for your seven-card stud game progress. Let’s take a look!

Large preflop pairs in Texas hold’em are considered valuable. It thus gives the player the signal to make a huge raise and to eliminate the opponent on the flop.

However, Seven-card studs differ, high pairs are not considered the biggest hands. It is fine to start with a big pair, but on future streets, you can ideally rely on someone who has a stronger hand.

A lot of times, you have to boost to three of a kind to come out on top. You’re particularly in good standing if you’ve got “rolled up aces,” where you get two aces face-down as well as one ace card up.

The rolled aces are pocket aces of Texas hold’em. Some rolled up hands like jacks, queens, and three kings are very useful, too.

Such cards are powerful enough on their own and they have the potential to transform to something like a full house and sometimes four of a kind.

Use the Information Per Hand

Seven Card Stud provides you with more information per hand than any type of poker. You have a 57% chance of seeing your opponent’s hand during showdown.

Solid card memory may very well help you keep track of what you need, and it will also enable you to determine what your opponent has.

For instance, if a player showed 5-6-7, and you know all 8 and two 4s have been folded, their odds to have a straight is indeed minimal.

This is not as hard as this may seem. Almost all of the time, hands play heads-up or three hands.

This implies that you only need to remember 5 or 6 door cards. The remaining cards will be accessible for you to play, for as long as the opposing player continues to remain in the hand.

Another great ability to build in 7 card studs is controlling pot sizes. The concept here is that you want more money into the pot once you are in the lead while limiting the size of the pot if you are on the drawing hand.

Often this is simple like you’ve had a straight or flush draw and haven’t yet hit your hand. In these cases, you would like to see the pot to be as minimal as possible once your hand binds.

You need a mix of reading ability, betting strategies of opponents and face-up cards to find out your stand.

One case in point is when you have a middle, high, or two pair against someone with upcards that form a pair. In these cases, you really should understand exactly your adversary and how he bets when they are at the top.

Don’t Ever be Scared to Analyze with Buried Pairs

You will love buried pairs once you begin playing Stud regularly.

Since several players are coming with a pair matching your door card, you will have a considerable amount of deception in your hand.

As you start with a buried pair, like fives, six or sevens, and then take the card on the later streets, it will be hard for your opponents to place you on your hand then you are in perfect condition to take the pot down.

Be Cautious to a Paired Door Card

Typically folding is the right strategy if the opposing players pair their door card.

The only purpose you must stay at this stage is whether you can beat them or when you are betting to a strong hand. You must always be cautious of your opponent winning the full house.

When you match your door card on the fourth street, please make the double bet and instantly consider taking the pot down.

You can make a double bet in the sum of a large bet, while you are pairing your door card on the 4th.

Do Not Bet into a Drawing Player

Among the most frequent errors that players do is betting to a drawing player.

Checking should always be done especially if your opponents have a straight draw or flush draw or even two pairs.

The reasoning is, they will raise if they catch on the end but you will end up losing an added bet.

There are plenty of aggressive poker players, who will bet if you check, but slowing down on the river might save a bet.

The greatest poker players are those that can read their opponents and analyze their hand range easily. Seven-card stud is also not different, as it’s crucial to know the opponents and see how they play possible scenarios.

See how cards are checked, called, and raised. Many low-stakes players call and bluff too much, which helps you to achieve higher value.

Much like the capturing blinds in Texas Hold’em, you just like to take your chances of stealing antes in Seven-card studs.

With a success rate of about 40%, you will make a sustainable profit from your stealing efforts.