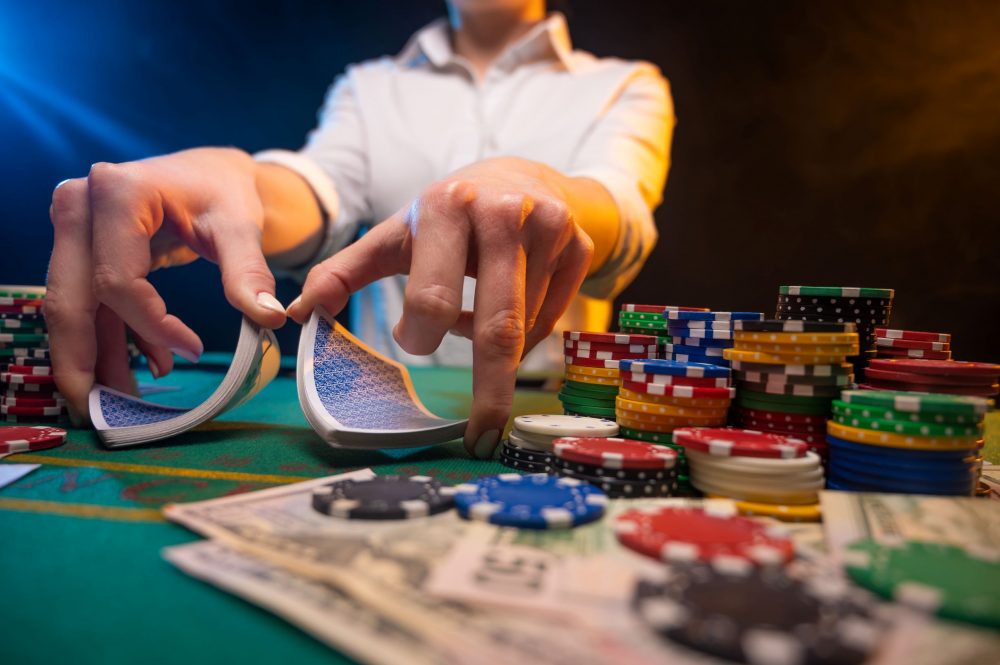 HORSE Poker is a poker game where players play five various kinds of poker all in one event. It is among the most common options for mixed games, comprising of Texas Hold’em, Omaha Hi-Lo, Razz poker, Seven Card Stud, and Stud Eight Hi-Lo, everything played at fixed limit gameplay.

Mixed games such as HORSE provide a fun break from the conventional No-Limit Hold’em games.

As this specific game consists of a group of numerous poker games, the player who would have the best overall poker strategy will win.

HORSE is an incredibly difficult game to play since you have to understand and master these five specific poker games.

Recognizing some simple tips on HORSE poker allows you to play the game a lot better.

Here are some practical tips that could help you excel in your online HORSE tournaments.

1. Wean yourself from no-limit betting

When you are introduced to HORSE through No-Limit Texas Hold’em, you should, therefore, start utilizing the new betting systems.

HORSE has always been consistently played Limit. It thus implies that pots are typically smaller, bluffs often are pointless, so there will be a ton of draws as players are likely to make small bets or otherwise help increase their hands.

2. Play according to your strong points

It is a matter of fact that your rival players have games in the mix that they’re good at, but some that they’re not, and so are you.

Once you have game expertise, this then benefits you to try to get even more involved in those rounds and play your best part.

It should be alright to play a lot tighter for poker games that are not your forte.

Having good starting hands can certainly give you an advantage and can make things a little easier for poker rounds that are somewhat not favorable to your skills and experience.

3. Pay attention when the game change

HORSE is, therefore, a ’round-of-each’ game from which the competence and discipline shifts once the Dealer button orbits at the table.

In a land-based casino, the dealer has cards on the table showing what variety you are on in that specific round.

The online tables while playing HORSE will also have the present variant clearly shown on your screen.

But, with such a great deal of internet poker games involved, you may lose sight as to what round you are on.

Nothing is worse than getting ready for a 7-card Razz round, just to realize that you are on the 7-card Stud round, therefore the low hand you’ve just devotedly formed is completely useless.

The position has always been important and so is true across all types of poker, but although the position is fixed throughout the hand for Hold’em and Omaha rounds, this is not the case during the Razz, Stud and Stud/8 rounds.

In Razz poker, the lowest board is going to drive the betting round, while in Stud High or even in Stud/8 the highest board moves the betting.

It’s favorable to play a tight-aggressive game in HORSE. Having to play tight is critically important because you may not be that proficient in all of the games and therefore you may not have the skills needed to make tough decisions all the time.

By trying to play tight, you’re limiting the chances of playing your hand badly and losing the game.

Then, you are abolishing the spots that you’re weak against your rivals, but you can still compete in games that you don’t know that much.

Once you play in various poker games, start paying attention to how your rivals play. When you notice that there are quite a lot of people folding more during the game, you can be entirely confident that they are less certain of their playing decisions and so you will have more chances to steal from such players.

Each additional pot you can bring down is going to build up your stack.

Prevent being in the clutches of your opponents especially when they’re very confident in the game. Once you’ve realized that their poker is more receptive to a particular game, then let them overtake that aspect of the game.

No need to throw yourself in a situation that you got to play against a stronger player. Expect that there will be other possibilities to win over them on the next rounds.

Proceed by sticking to the premium starting hands for each poker game in HORSE. There is no point in being clever with some weak hands as you may end up losing money before the actual game change.

8. Test Your Skills On the Freeplay Games

It takes a long time to master Hold’em, but it can take years to develop and master five different poker disciplines. Have some practice and save your resources by trying first the play-money HORSE games online.

Many solid online websites have free-to-play HORSE games. With constant practice, you can have a good understanding of the HORSE game rules and its tactics.