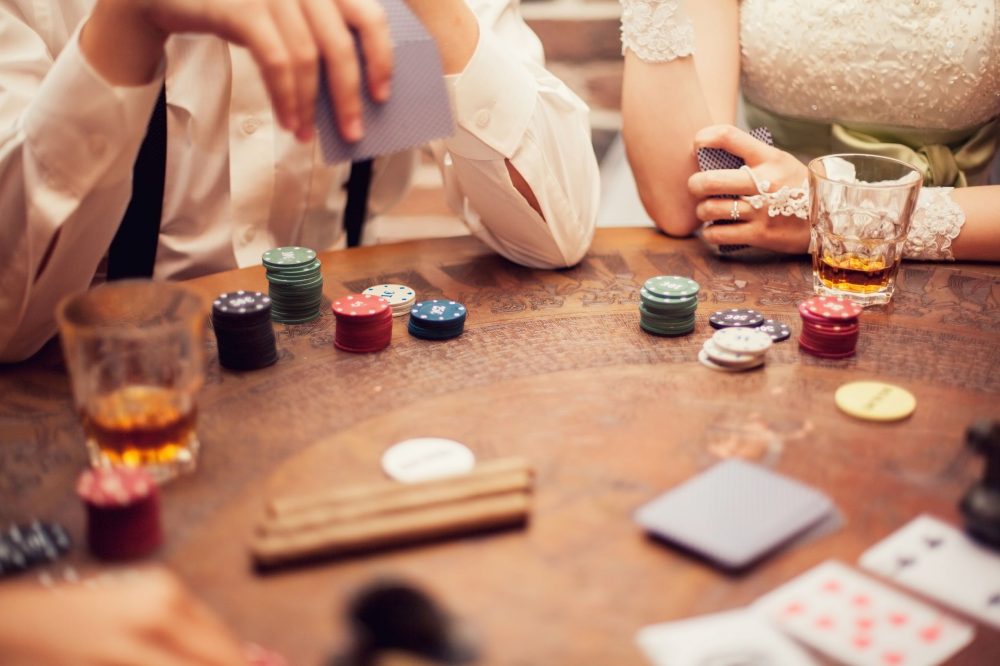 5-Card Draw is among the earliest poker varieties in the world. It’s very straightforward and easy to understand, but like so many other formats, it might take considerable time to master.

Unlike the other common forms of poker, like Texas Hold’em, 5 Card Draw doesn’t have community cards, so no one gets to see any of the cards before the actual end of the game.

There are still 5-card Draw games on some online platforms, but it is mostly played during home games.

If you’re new to poker but just want to get the hang of things before you join the table, the 5-card Draw could perhaps motivate you to start.

When you begin with a strong hand in the five-card draw, higher odds in taking the pot down. Generally, the favorite in the game before the second round stays the favorite even after the 2nd round.

As there is only one draw, your opponent’s likelihood of improving his hand seems low.

The same as other poker games that entail draws, your opportunities for strengthening the draw are directly linked to the strength of your starting hand.

The weaker your starting hand is, the tougher it is to evolve as a winning hand.

Weak players would try to get lucky by pulling a draw or even seeking to improve their hands. Sometimes it works out, but most of the time, it isn’t.

It’s a lot more significant to slim down the starting hand range. The idea is to take advantage of the weak players who are searching for a breakthrough draw.

#2 Don’t play too many hands

Just like other forms of poker, one of the primary mistakes that newbies make is taking part in several hands. You should be capable of reading your cards and their strength, and take appropriate action, particularly if you’re one of the first players to make a decision.

Small pairs and even draw hands are not good and winnable at 5-card draw, because there’s only one chance to enhance your hand.

Once you begin to play the 5-card draw, those first few attempts are probably going to be as per the books. As time progresses, you may realize that this isn’t always the best course of action.

This is the perfect time for bluffing. Bluff indicates that a player may put a lot of funds into the pot even while holding a hand that might not be so stable.

But, if you stay with the basic approach, your maneuvers will eventually become repetitive. As a result, other players may easily guess the type of hand you get. When you bluff now and then, this might prove fatal as other players will realize your strategy, eventually folding stronger hands than yours.

So don’t bluff too much, as you’re not going to get away with it every time.

Another great idea is to fix the manner you draw and bet. Play around with your cards and good timing, so that the other players can’t detect your game plan.

Your strongest position to be in is when you’re on the button because you’re the last one to play. Doing so will give you a substantial advantage, as you would be able to monitor the actions of the opposing players.

Start playing more hands once you’re in a late position as when you are the first to act. If you carry a stronger hand, keep playing however you like, regardless of position.

Or, if you can’t, learn to play tight throughout the preflop and become easier going as your position continues to improve.

Five-card draw is a matchup in which no cards are shown. The only info your opposing players have of you and your hand is what they see you doing.

It can be your betting approach, the cards you toss, and draw, as well as your verbal and non-verbal behavior.

Since most of the five-card draw poker games are already played online, the very last two would not matter that much.

However, when you’re playing a live five-card draw game, they matter greatly.

Do not however worry so much about giving out information to your betting and drawing approach. You may modify your game slightly depending on your opponent and as to what hand you keep. But you still have to take appropriate steps to make the game more beneficial for you.

If you are playing against weak players, they are much more preoccupied with their own hands & actions, which is why they might not going to notice what you are doing.

While playing with skilled poker players, who are good at observing others at the table, do the same and use it against them.

Once you make a hand, make your opponents think that you missed it. As a result, they could perhaps call you with a weak hand.

While playing 5-card draw online, you may shift the speed of your movement to overwhelm your opponents. Players will act faster or slower depending on the quality and strength of their hands. Then you should alter it or consider taking the very same length of time to handle things.