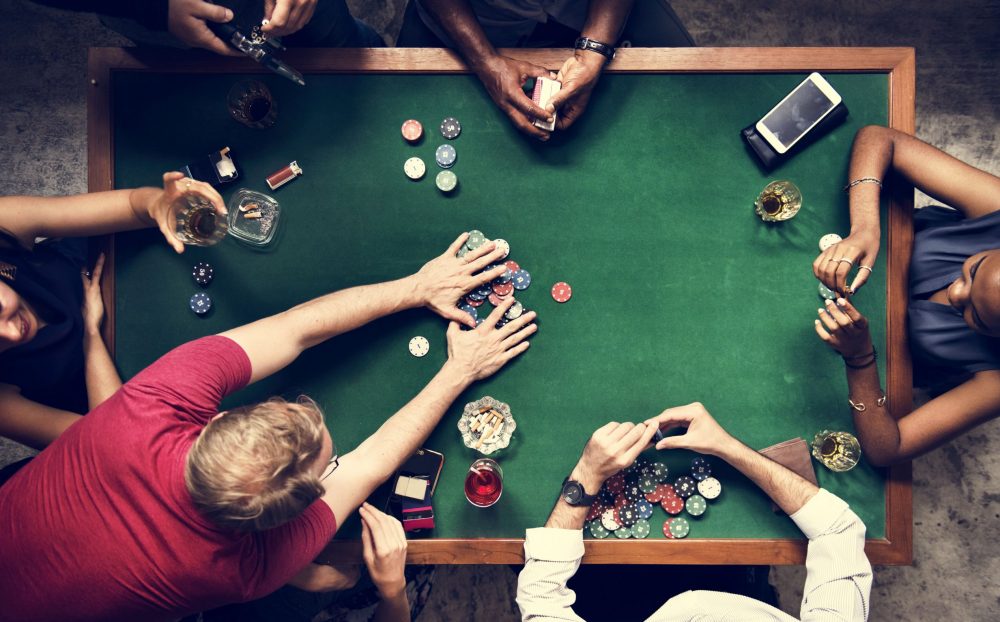 What is poker bluffing?

Now let us learn about bluffing. It is the only thing that non-poker players often assume they understand.

Bluffing is just an act of deception that allows your weak hand to appear stronger than it is to fold your opponent.

To be able to excel in poker bluffing, you need to understand other players’ perspectives so you can build a successful game plan.

You need the knowledge and perception of certain variables that are very relevant.

The list consists of different bluffing tips to provide you guidelines when you bluff.

To determine whether or not a bluff works, it is necessary to calculate the strength of your opponents’ hands. Hand-reading skills can be built and practiced over time. First, evaluate your opponent’s preflop patterns.

This is by analyzing their opening, calling, betting tells, tendencies and a whole lot more. Then you may utilize it to show you a starting hand range for what you may think your opponent may have by position.

The better this range is, the higher you can overcome their play and decide whether you want to bluff or gamble against them.

For such higher skills and thought processes, you will also start to think about what the adversary feels you have and vice versa, which eventually can result in a higher-level game.

The best way to continue bluffing is to steal the blinds more frequently. Some people say you only need a strong hand to snatch the blinds.

In reality, there is no need. You simply have to have both the strong and weak players in the blinds.

If it is folded to you on the button then you’ve got a hand like 8♥5♥ or K♠4♠, but then you see two solid players who don’t strike back too much in the small and big blinds, raise it rather than fold!

Often, this basic poker bluff will make you win an easy pot quickly. Do not even underestimate this long-term value for your poker earnings.

Don’t be under the delusion that bluffing must be phenomenal, multi-street competition. Even a cbet under 1⁄2 the pot size can also be a good bluff. Smaller 3bets can be used for the cbets in your 3bet pots, when in preflop position. Although bigger bets typically raise your fold equity, not all circumstances involve a large bluff bet.

Wagering small as a bluff on earlier streets will help you obtain details and much more fold equity for later streets by putting a larger bet at these times.

4. Bluff a maximum of 2 players

If you want to excel in poker bluffing, you must always bluff up to two players only at a given time.

You’re not likely to scare more than 2 players away with many active poker players at the table.

Working against this rule allows a player who remains unmoved to call your bluff if in case the opponent has a strong hand.

In most situations, pots with over two players are not advantageous to bluff, because the higher you bet on, the less likely a player is to call.

This next simple poker bluff tip is just to re-raise before the flop with any hands which are not the nuts. It has also been regarded as a 3-bet light.

You should do that against strong but not always battling players.

So when they raise in late position, that would be a perfect time. In other words, if they raise across the button or in a blind vs blind incident.

They are often weak here. Attempt to re-raise them light once in a while with speculative hands.

If you think anyone is re-raising you light prior to the actual flop, you can now move to the next level. That can be achieved by re-raising light them back. It is often referred to as a 4-bet.

These small suited aces are perfect when applying 4-bet light: A♥3♥ and A♠4♠

The explanation for this is because they are relatively equal to a big pair. For instance, A3 is about 30 percent beat pocket queens.

Nevertheless, these hands may also flush the nut and straight the wheel.

Small suited aces have quite a big card removal. This means that when you have that ace in your hand, it makes it less likely that your opponent has the big ace to themselves.

This is why a light 4-bet preflop is an easy poker bluff every once and a while, pulling it against weak, scared opponents.

You can easily capitalize on your opponents by putting pressure on them with a bluff if you feel that they have weak holdings.

Physical tells, betting tells, or other verbal signals can represent signs of weakness.

If your opponents test the flop or turn and display weakness, this doesn’t necessarily give you the excuse to strike the next street/s by only two cards, because you will overbluffed and potentially lose money in the long run.

It is a habit of some poker players, particularly if they usually search with weaker holdings. Try to counter the act but it does not mean that you can bet with all your hands 100 percent of the time.

9. Balance your ranges and bets

It is necessary to balance your ranges as well as bets so that your opponents will keep on guessing what your hand is. Ultimately, it means that you shouldn’t always play your value hands the same way, nor bluff the same way all the time.

This makes you a much more formidable rival to play against because you are far less predictable.

Then again the best trick for poker bluffers is to make them believe you’re the weak and scared poker player. And maybe let them believe that if you only got the balls, you’re just some fool who just bets high and raises it.

And no one will trust your bluff if everyone sees you like a loose psychopath. They’re just going to call you nuts.

Beginners Tips Dan Gold - 18th May 2020 0
Why Play Jacks or Better Video poker is among the most enjoyable and thrilling games one can play inside any casino. It is also one...

© 2020 Inside Poker Business
Here's the deal - we use some cookies to ensure that we give you the best experience. If you continue to use this site we will assume that you are happy with it. OKPrivacy policy